Tributes to Sr. Caoimhin, the late founder of the Matt Talbot Community Trust 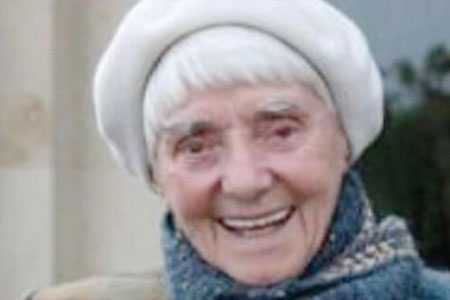 TRIBUTES have poured in for a Dominican Sister who was instrumental in mediating during the Mountjoy Prison riot of 1997.

Working in Ballyfermot and Chapelizod from 1971 to 2014, she fought for government funds to support those most at risk, and visited local prisoners to provide them with spiritual and practical assistance.

At one stage, Sr Caoimhín was visiting over 80 prisoners on a regular basis, in Mountjoy Prison.

Speaking to the Dominican Sisters for a parish newsletter in 2014, she recalled a “community from Ballyfermot in Mountjoy” at the time, when she received a phone call from the then prison governor John Lonergan, to intervene in a serious incident.

Prison officers had been taken captive by a group of inmates, armed with a knife and a syringe.

Sr Caoimhín was the only person the inmates wanted to speak to, and she ended up staying for three days until the dispute was resolved.

“It was a huge problem at the time, with gangs on the roof of the prison,” said Sr Bríd Roe, Dominican Sisters.

“She always said violence wouldn’t be used against ‘her boys’ and managed to get them off the roof – succeeding where others couldn’t.

“They admired her. She wasn’t against them and was able to stand between big bodies and her boys, whom she always talked about.

“When some got out of prison, she would provide them assistance with social welfare, accommodation, and other needs. This was her life’s work. Nothing would change that. She never gave up on them.”

Sr Caoimhín’s started to support boys with “behavioural problems nobody else felt they could teach” when she was a teacher in the Dominican Secondary School.

This led to her creating the Candle Community Trust in 1976 – a refuge for boys from troubled backgrounds.

“Sr Caoimhín founded the Candle Community Trust originally for young lads who had nowhere to go, and which today, is an established centre, providing a space for both girls and boys to grow and develop physically, emotionally and spiritually.

“She later went on to establish the Matt Talbot Community Trust, and targeted government departments for vital funds to support her initiatives including raising money for a bus which would transport children and their families to Ballinascorney, in the hills above Tallaght.”

Matt Talbot Trust said: “Her work was pioneering in its time, establishing the first FAS Community Employment scheme which was educational and support driven. Her work in the prisons and community transformed many lives in the Ballyfermot area and beyond.

“Her legacy lives on each day in Matt Talbot and remains the basis on which our programme continue to run.”

Hundreds of past pupils, families and ex-prisoners that she helped over the years, posted tributes online, praising a “selfless woman” who “gave her life to Ballyfermot.”

“A number of people from Candle and Matt Talbot were at a reposing on Monday, and some of the boys, now old men, spoke very highly of her,” said Sr Roe.